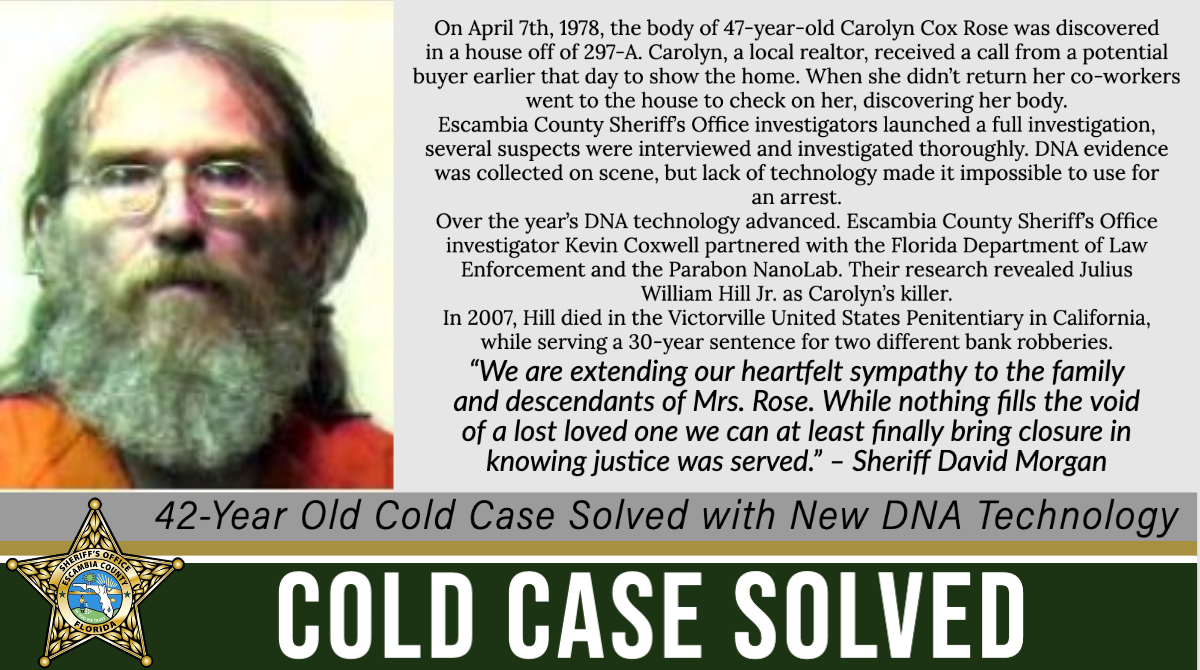 On April 7th, 1978, the body of 47-year-old Carolyn Cox Rose was discovered in a house off of 297-A. Carolyn, a local realtor, received a call from a potential buyer earlier that day to show the home. When she didn’t return her co-workers went to the house to check on her, discovering her body.

Escambia County Sheriff’s Office investigators launched a full investigation, several suspects were interviewed and investigated thoroughly. DNA evidence was collected on scene, but lack of technology made it impossible to use for an arrest.

In 2007, Hill died in the Victorville United States Penitentiary in California, while serving a 30-year sentence for two different bank robberies.

“We are extending our heartfelt sympathy to the family and descendants of Mrs. Rose. While nothing fills the void of a lost loved one we can at least finally bring closure in knowing justice was served.” – Sheriff David Morgan