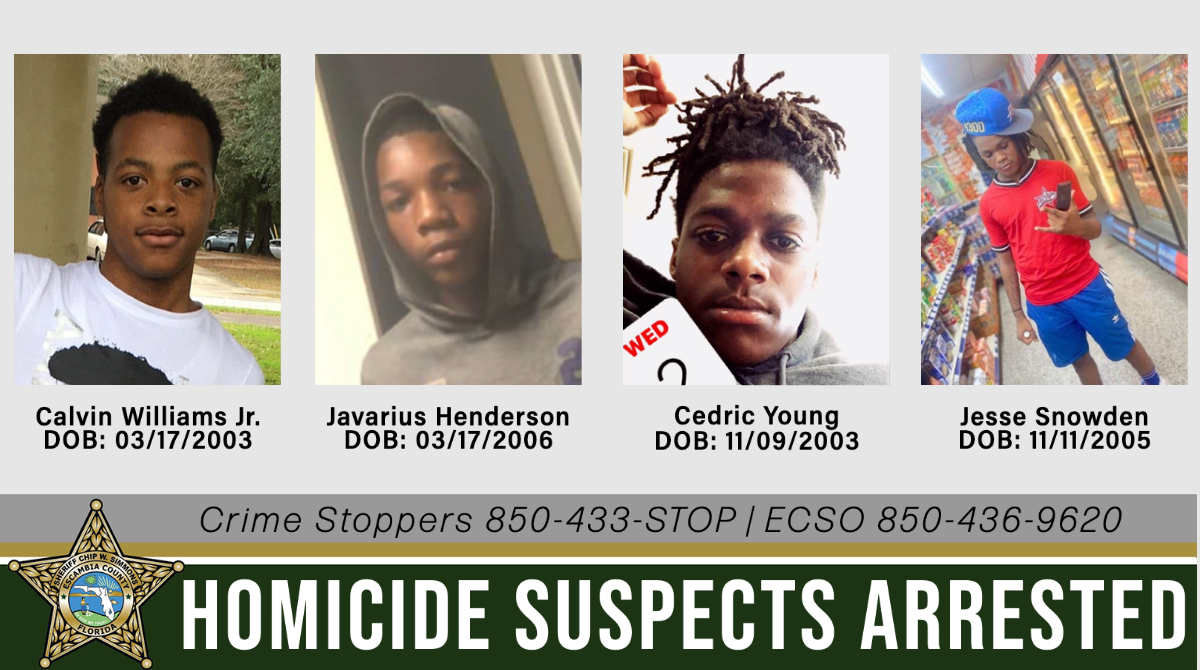 The ECSO responded to the 900-block of Massachusetts Avenue on January 22nd, 2021 in reference to a shooting. Once on scene deputies found a truck that had crashed into a power pole. Inside the truck was 61-year-old Samuel Thomley, deceased from an apparent gunshot wound. A second gunshot victim was located and was taken to a local hospital for non-life threatening injuries.

Based on a preliminary investigation, ECSO Major Crime Unit Investigators believe this incident was drug related. A drug rip off ending in homicide.

“Sadly, this is another example of the type of drug related violence we battle here in Escambia County. These four arrests were made thanks to the hard work and dedication of the ECSO Investigators, who have spent tireless hours on this case.” -Sheriff Chip Simmons.