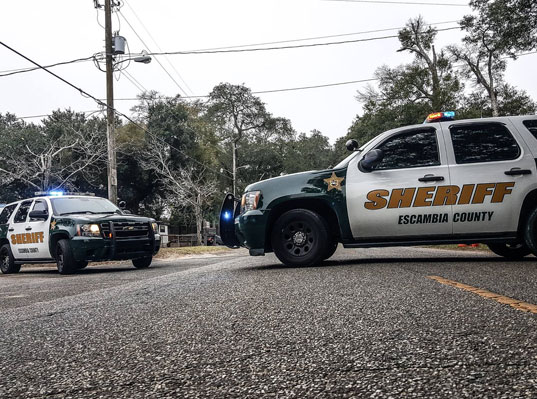 A youth gang is a group of people who get together on a regular basis to carry out violent, illegal or anti-social activities, including intimidation, assault, vandalism, burglary and even murder. Gang members generally tend to be male teenagers, but they can also be female and even as young as 7 years old.

WHAT CAN PARENTS DO?

WHAT SHOULD YOU DO ABOUT GANG ACTIVITY?

Remember the four (4) R’s…Read It, Record It, Report It and Remove It!!!
If gang graffiti is left unchecked can become very dangerous. Remember, graffiti can indicate an outright threat against a rival gang or against a specific person. The graffiti must first be read and interpreted for danger signals. Second, the graffiti should be well documented and photographed. Finally, the graffiti should be quickly removed to reduce the likelihood of continued violence.

In  early 2009, the Gang Unit was formed to target high crime and gang infested areas with focused patrol efforts.  Working closely with the FDLE, the unit collects gang intelligence and works to arrest and prosecute the most violent and most active gang members . The unit also has worked closely with the ECSO School Resource Officers and the Escambia County School System prevent  gang activity .

If you have any information on gang activity in Escambia County, contact Crime Stoppers at (850) 433-STOP or send a tip online at http://gulfcoastcrimestoppers.org